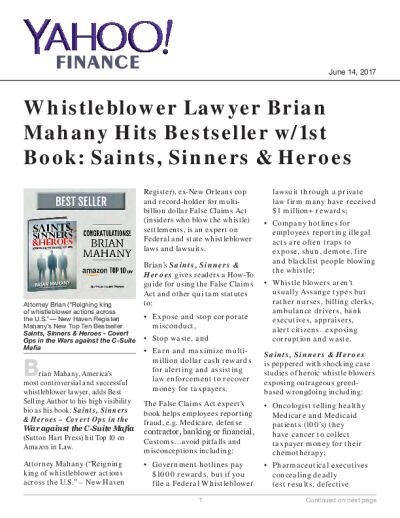 All exposed and stopped by whistle blowers.